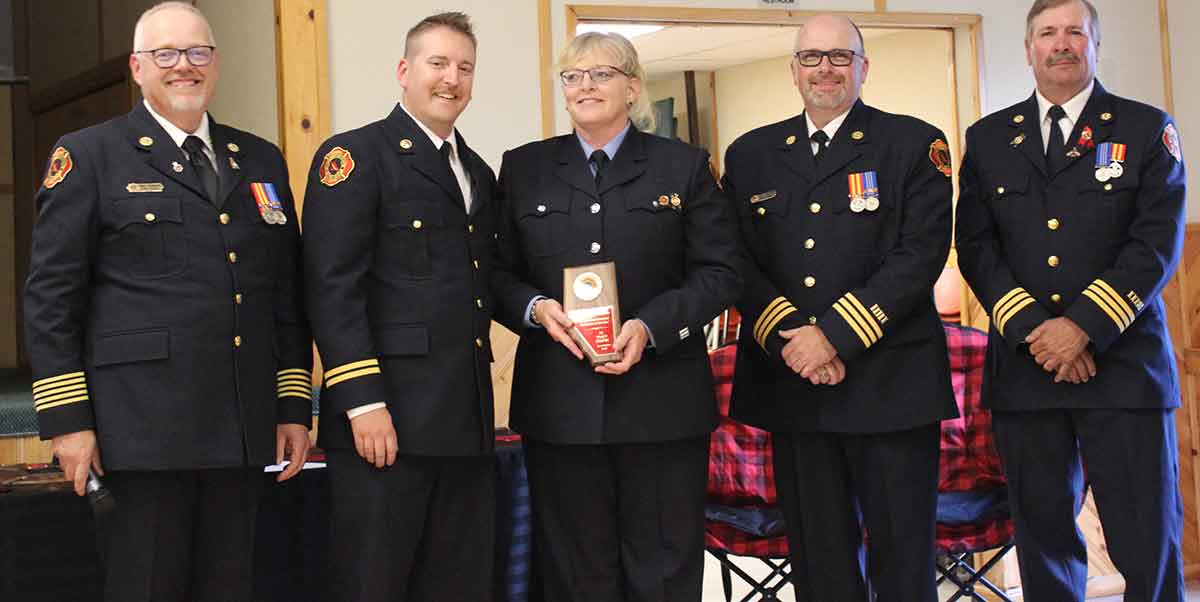 This award offers recognition on behalf of Her Majesty the Queen, as issued by the Governor General of Canada and the Lieutenant Governor of Alberta. The medal recognizes such deeds as heroism, by Canadians in civilian life, who, through their alertness, skill and concern, save or attempt to save a life, especially where those actions lie outside the ordinary duties of the person involved.

While travelling on Hwy 43 near the Town of Onoway with her children, Tracy noticed an individual lying within the lanes of the highway, in what appeared to be an unconscious or semi-conscious state. Due to darkness, she was very concerned with the individual’s safety and without hesitation, she stopped her vehicle, moved and aligned it to protect the individual from being struck by oncoming traffic. Calling 911, she left her van to assess the person, who was incapacitated and removed him from the highway, preventing him from being struck. She moved her van to a safe location to await Emergency First Responders. If it were not for her actions, this individual may not be alive today.

Upon learning of her actions, Lt. (Ret) James Hansen, who was one of the first responders arriving on scene, nominated Tracy for her bravery. Lac Ste. Anne County Council, all of Lac Ste. Anne County Fire Services, and Lac Ste. Anne County Administration are very proud of Firefighter Crispin's courageous actions in which define the deeds of a true unsung hero. In classic 'Tracy' fashion upon accepting the medal immediately thanked her station, and indicated that she was accepting on behalf of all of them for what they do every day.

Alberta Emergency Services Medals (AESM) were presented to 5 of our fighters, each of whom have served Albertans for 12 or more years. This medal presented on behalf of the province, by County Fire Chief Randy Schroeder.

Rookie of the Year Award

The top recruits from all stations received the coveted Rookie of the Year Award. These recipients demonstrated outstanding work, dedication, and commitment to public service.

Firefighter of the Year

The Firefighter of the Year is presented to any active Firefighter from each Station through a voting system by their peers. Nominations focus on individuals who exemplify work ethic, drive, determination, commitment, and sacrifice as a volunteer. Individuals who win this award go above and beyond in their support of the Station and to the community of Lac Ste. Anne County.

A total of 8 individuals won this prestigious award, and a special presentation was also conducted to acknowledge 29 years of service by Lt. James Hansen (retired).

On behalf of Lac Ste. Anne County Council and Administration, we thank not only these award recipients, but all our Firefighters. Their selfless dedication forms the heart of this vital group who work tirelessly to serve the needs of our community.

If you know someone who would like to find out more about becoming a firefighter, we invite you to take the first step. Check out details online at countyfire.ca